Samsung Galaxy Note 9 is making rounds of leaks since the past few months, the phone was previously reported to launch earlier than expected. Since, we have covered almost all the specifications and features coming with Galaxy Note 9, leaks with a unique features, price leaks, storage leaks and launch date leaks, according to the leaks, the phone is expected to be launched on August 9, since only one month is remaining in the launch event and fresh leak of Samsung Galaxy Note 9 poster has been floated on the internet. 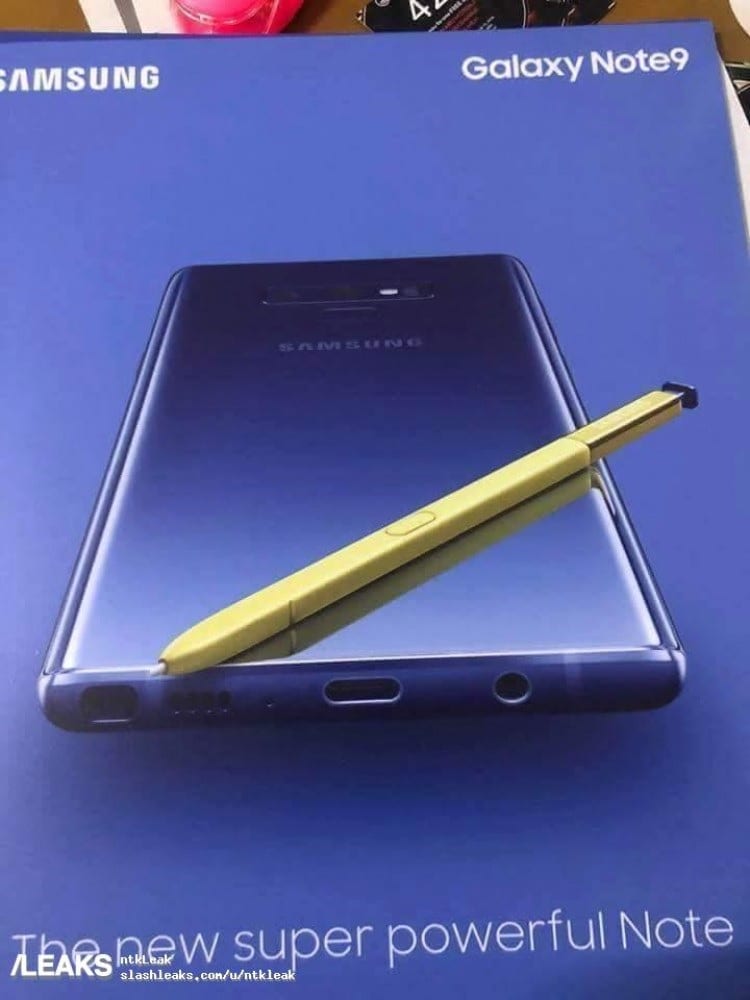 It’s understandable that Samsung is in the process of designing posters for the device in order to conduct marketing efforts ahead of its launch. The poster leaked provides a view of the device in which you can view the whole design.

The S-pen sitting on the top of the device, which has a slot on the left side bottom corner of the phone, next to that there is a speaker arrangement, in the middle, you will find the charging port and right next to it you will find a headphone jack.

The phone has minimum bezels full-screen design with curved edges as you have seen in the previous Samsung’s flagship models. However, the camera setting at the back is horizontally aligned and fingerprint seems to be underneath the camera setting.

This negates previous speculations about vertical camera design and on-screen fingerprint. Recently, Samsung has published Samsung Galaxy Note 9 support pages in some countries indicating that the device is around the corner of launch.

The expected date of launch is August 9, we will see what else Samsung would offer in Note 9 in the coming month.

WhatsApp Went Down Yesterday Around The World

WhatsApp Went Down Yesterday Around The World

Trump To Bring New Immigration Act In The United States