The high-powered Awards ceremony this year was held at the Governor House in Karachi. It was organized by the Federation of Pakistan Chamber of Commerce and Industry (FPCCI). 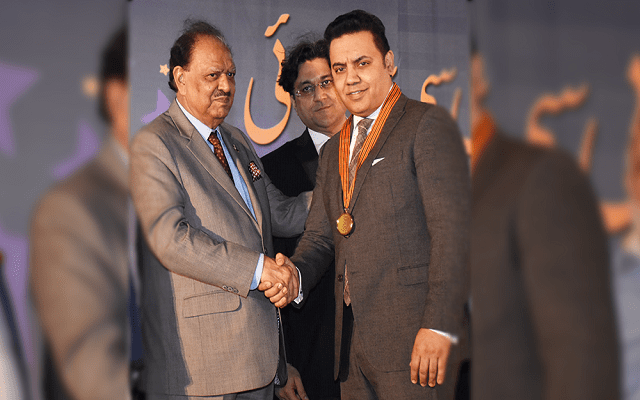 The award was given at the sixth FPCCI Achievement Awards. Mamnoon Hussain was also the chief guest of the ceremony.

Shahid Malik has also got the honour of being the first Muslim to become the Government Minister in the United Kingdom. On the occasion he said that the received award is a recognition of the dedication of the staff in positioning this 4.5G technology through the Wi-Tribe network in Pakistan in record time. He added that as a company Wi-tribe is amazingly proud of its achievement and similarly Pakistan could equally be proud that via the efforts of Wi-Tribe, Pakistan is a pioneer in Telecom. It is the first country in South Asia and the Middle East where LTE-Advanced 4.5 G technology has been launched.

In early 2016 Wi-tribe was acquired by the HB group from Qatar Telecom. It is focused on giving high quality internet broadband services to its customers.

The chairman of HB Group—Hasan Bokhari on learning about getting the recognition award said that he is extremely pleased that he has been able to do something of worth for the nation he loves. He added that many people search for taking their money out of Pakistan for investments however, HB Group is proud to have invested in Pakistan and for bringing innovative technologies to the beautiful nation.

Wi-Tribe has joined hands with Huawei—Chinese giant for bringing 4.5G to Pakistan and though it has the license to provide its services throughout the fourteen regions of Pakistan. The company’s main focus is on Karachi, Islamabad and Lahore, aiming both for the consumer and corporate markets with its various connectivity solutions.