Sony G8541 specifications are leaked and appeared on GFXBench, a benchmarking site in mobile technology. The image that indicates the specifications of Sony’s new flagship handset G8541 also reveals 12.3-inch display size with 3840X2160 pixels resolution which doesn’t seem to be true if a mobile device is concerned.

There are two possibilities then, firstly the GFXBench has made a mistake in writing down the specifications which again has very slim chances secondly, the phone is coming with its tablet variant.

The rest of the specifications other than screen size and resolution are quite impressive either. Sony G8541 is equipped with 4GB RAM and 128GB internal storage. 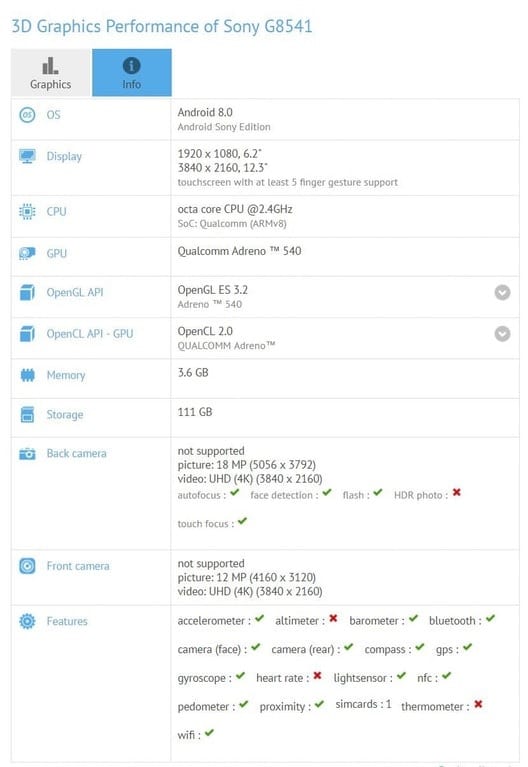 The phone opens its eyes to the world with the 18MP rear camera and 12MP front camera to capture DSLR like images and videos. Sony already has strong recognition in camera quality but jumping in pixels would make it more defined and tuned.

Latest Android Oreo 8.0 is waiting to power up this massive device along with Snapdragon SoC octa-core, 2.4GHz processor.