Former Pakistani Cricketer and Captain Boom Boom Shahid Afridi was awarded the guard of honour during his last international match. Afridi played a charity T20 match at Lord’s. It was played between West Indies and World XI at Lord’s

On receiving of the special guard of honor Afridi said,  “That’s something I’ll never forget. For that to happen at the home of cricket, it’s massive. The cause was everything tonight, and to have been able to help, it’s fantastic. Thanks to everyone who came out and supported this.”

Guard of honour for Shahid Afridi as he says farewell to international cricket #CricketRelief pic.twitter.com/Aog3X0aL85

Here is another video

Here is the picture 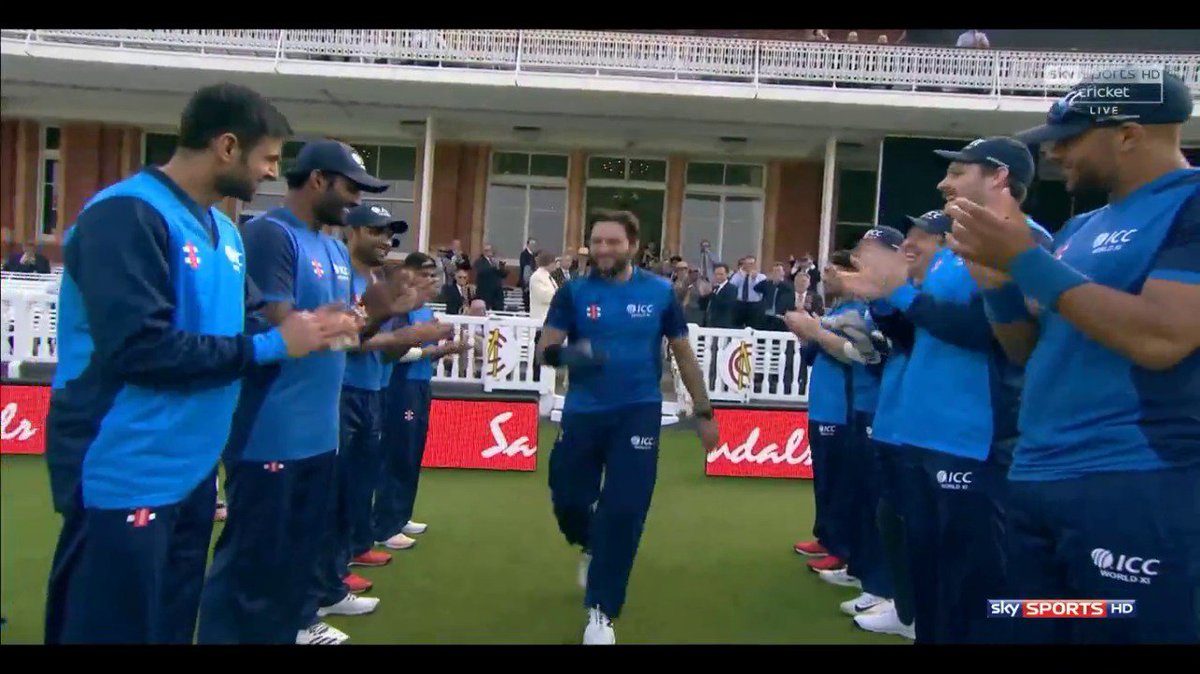 Afridi was the captain of World XI team in his last match. He was handed the role of captaincy to replace Morgan who suffered an injury. They lost the match by 72 runs. The charity match was organized to collect funds for the rebuilding of a cricket stadium in Anguilla and Dominica damaged by hurricanes Irma and Maria.

Nasser Hussain former England skipper was on the ground. He asked Afridi if he plans to change his decision to which Afridi replied, “No that’s it. You can see my situation with the injury.”

Read also: Shahid Afridi wants Aamir Khan to portray him in a movie

PM Khan Calls a High-Level Meeting with the Cricket Board

PCB Contacts Shoaib Akhtar for the Role of Chief Selector