Samsung has announced four types of infinity displays for its upcoming smartphones including Galaxy S10, Galaxy A70, and A90. The displays dubbed Infinity-U, Infinity-V, Infinity-O, and a new infinity.

The infinity-U and infinity-V are the displays with small notch on them, the ones we have already seen on Oppo devices, the shape of U and V tells us the shape of notches that you will expect on the displays, however, the displays would be much smaller than we have seen on some latest devices.

Samsung is likely to use V and U displays on the lower mid-range smartphones and entry-level/budget smartphones.

The new infinity display is what we expect on the premium and flagships of Samsung including the new Samsung Galaxy S10. 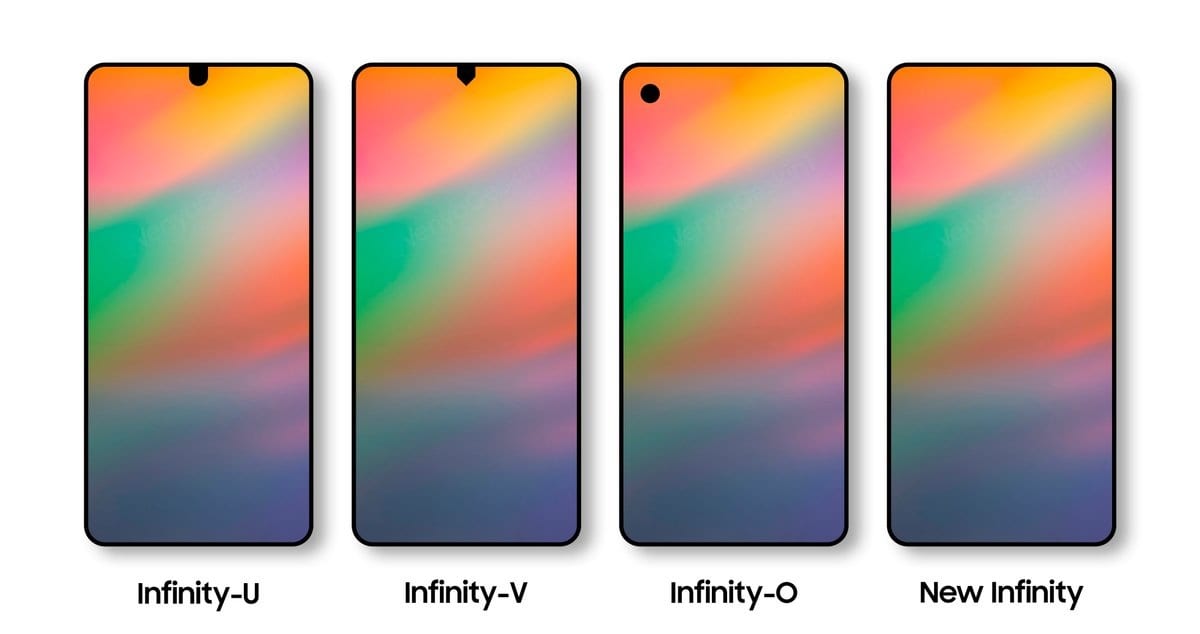 So now we cannot expect that the notch is completely being ditched by the company in its future devices, they are going to stay there with different shapes and designs, Samsung didn’t provide more details about the infinity displays like which phones will use which displays but we can simply decipher what they are going to offer in the upcoming devices.