Rafi Cricket Stadium, Pakistan’s largest cricket stadium is being built in Bahria Town, Karachi. The stadium will have a capacity of 50,000 people. The aim of this stadium is not just to revive cricket but to offer jobs to fight unemployment, promote tourism & open business opportunities in the country. 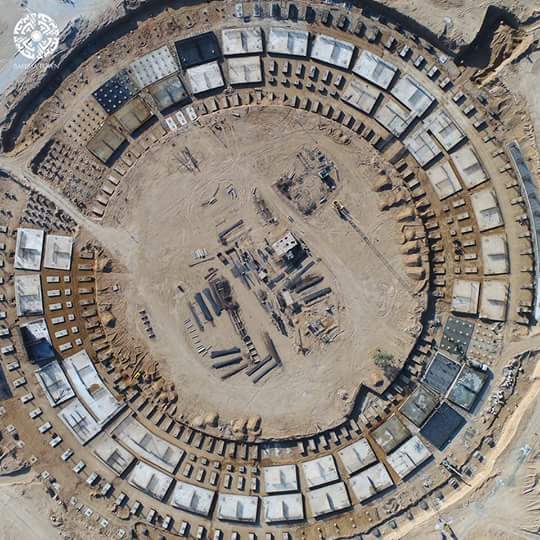 There are three levels of the stadium. It will be equipped with floodlights, digital scoreboards, LED screens, training facilities, and a hostel.An international standard academy will be featured in this stadium to promote cricket in the country.

When Malik Riaz, Bahria Town founder & owner inaugurated the stadium he said, “The Rafi Cricket Stadium will be built in one and a half years to revive international cricket in Pakistan within the next two years. Not only cricket, we want to revive football and hockey as well. We want to create more employment and business opportunities, spread education to build a prosperous Pakistan. We are also building a highly secured five-star hotel which will be completed with the stadium. It’s very painful to see so much garbage on the streets and we are committed to do whatever we can to rid Karachi of this filth. By virtue of our foolproof security, the residents of Bahria Town Karachi are enjoying a complete sense of security in their gateless homes.”

It is also pertinent to mention here that the third largest Mosque in the world is also being built in Bahria Town, Karachi. The Masjid will have the capacity to accommodate 800,000 worshippers.