Orange Line Metro Train Project is a rapid transportation system under construction in Lahore. It is expected that the project will be operational by May 2018. Orange Line project is the first of three proposed rail lines for Lahore Metro. The length or total distance of the line will be 27.1 km. 25.4 km will be elevated while the rest will be underground. There will be 26 stations of Orange Line Metro Train Project and it will accommodate 250,000 travelers per day.

Here are some pictures of Orange Line Metro Train Project 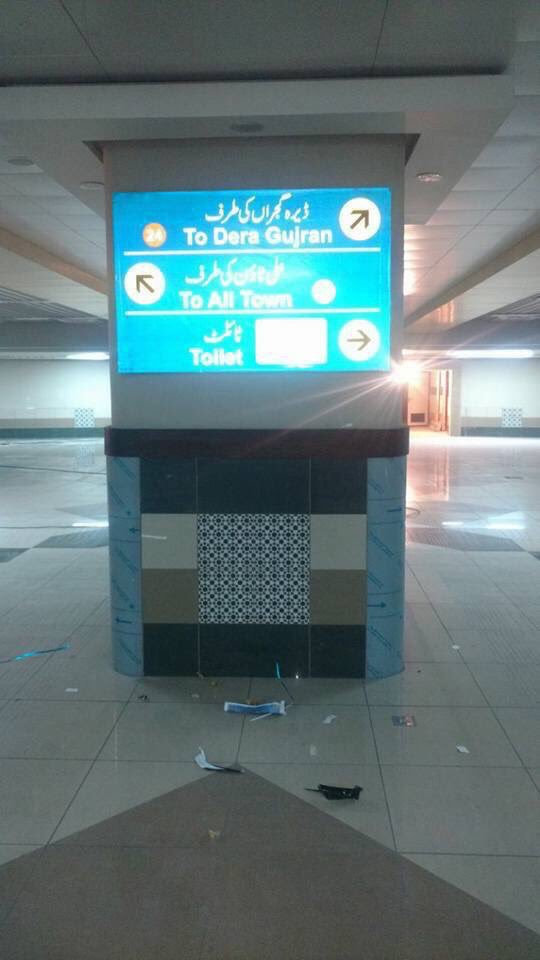 All 27 train sets for Orange Line Project have reached Pakistan. The workers working on the Lahore Orange Line Metro Train (OLMT) project have successfully connected both the ends of the 27-km long metro track. The track stretches from Dera Gujjran to Ali Town after the digging is completed on the 1.7-kilometre long section.

Read more: Orange Line Metro Train project will be completed by May

Adding that the government has set the target to inaugurate the project on May 11 but it can be delayed until May 25th.

Earlier, OLMT Steering Committee Chairman Khwaja Ahmad Hassan said, “We will aim to test run the country’s first metro train before this year’s general elections. Earlier, it was proposed that we make the project partially operational. However, after receiving a green flag from the apex court for completing the remaining underground section, it was decided that the project will be completed in the shortest time frame possible.”

Here is the Detailed Fare List for BRT Peshawar

Pakistan to Domestically Produce Electricity up to 60 percent by 2030

Google has made a "moderate" security issue public in various versions of Windows to warn users. According to Google, Microsoft only half-heartedly fixed the vulnerability in the August Patchday...

In this article, we will tell our readers about the Top 10 Mobile Phone Companies in the World in 2020. Samsung Samsung, the South Korean...

The prices of its new SUV Tucson has been increased by Hyundai Nishat Motors (Private) Limited. Just a day after the car’s launch on 11th...

Huawei has started its HMS App Innovation contest in which the developers across the world are invited to take part including Pakistan. The developers are...

In Firefox, it has been running for a while not particularly good, the market shares for months and years under the ten-percent mark, beginning of the...

Here is the Detailed Fare List for BRT Peshawar