Secondary display smartphone design has been a debate for long now, some prototypes have been leaked on the internet as well, but Oppo has recently filed an interesting design patent with World Intellectual Property Office (WIPO).

However, the patent was filed last year in September and it was published just a couple of weeks ago on July 12, 2018. According to the patent, the design is full-screen with the secondary display at the back.

The design is in Chinese language but it is quite easy to understand with illustrated image how the design would look like on the smartphone. Oppo has included the small rectangle display at the back of the phone just next to camera setting. The secondary display will be a touchscreen as well. The major advantage of secondary display is likely to include call and other apps notifications, taking selfies using rear camera, of course, it works well if you have a better rear camera as in most of the smartphones the rear camera is always better than the selfie camera with some exceptions.

As Oppo has a brand name of incorporating best selfie cameras in their phone, the new design would allow the company to completely remove the front camera including notch from the bezel-less design phones, providing 100% of the display to the users.

However, the size of the secondary screen at the back raises many questions, a small rectangular display may not be sufficient for users to make sure the selfie is being taken properly.

The secondary display is not new to smartphones, Meizu has already tried this on the back of the Pro 7 model, but these displays are not yet widely adopted by the industry players. Though, it seems a solution to the problem that many selfie enthusiasts face when they decide to take the photo using the rear camera.

However, Oppo’s approach to design a phone which is truly bazel less and taking selfies with rear camera easily and effectively is the new trend Oppo is getting on. 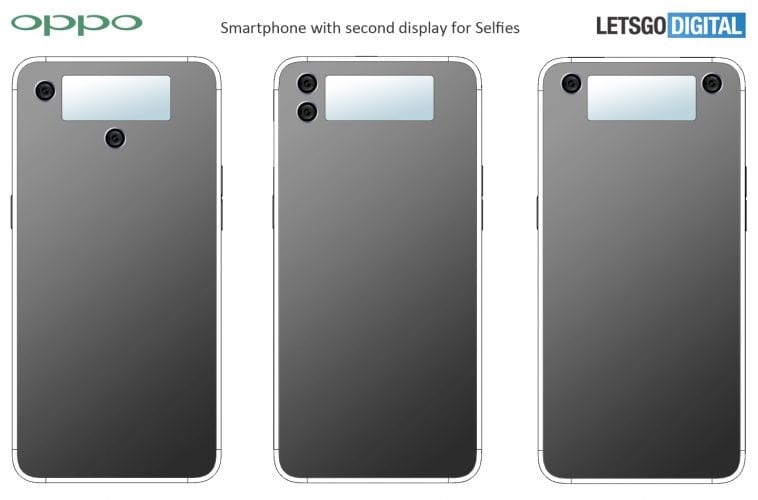 The development of mobile photography to this day has become higher and higher in terms of pixels. Prior to this, Xiaomi launched a number of mass-produced mobile phones...