Intel has been going through the difficult times in recent years, the company approach that is lacking 10nm process chips has put the company on a serious criticism. It was reported earlier that Apple is giving up on Intel chips in its Laptops and MacBooks, there were tons of complaints by the customers, the growing dissatisfaction among users is putting the company’s future at stake.

But the company seems to be addressing all the customer complaints, and improve their core processing chip’s performance, by introducing new 9th generation core processors.

According to the Intel’s leaked document five Core i5 chips are mentioned, all those chips come with 6 cores. Two models of Core i3 series comes with four cores. The document has no information regarding core i7 series though, however, we had some news previously indicating 8 core and 16 threads in i7 series, but these chips are manufactured using the same 10nm process.

The document also has a list of various 8000 processors, and the document suggests that the new chips would the upgraded versions of the Coffee Lake Family. Coffee Lake is the product codename of Intel Core processors.

Intel is currently refreshing the core processors the company is still using the 10nm manufacturing process, according to some reports Intel may not be able to produce 10nm+ scale chips until 2019. 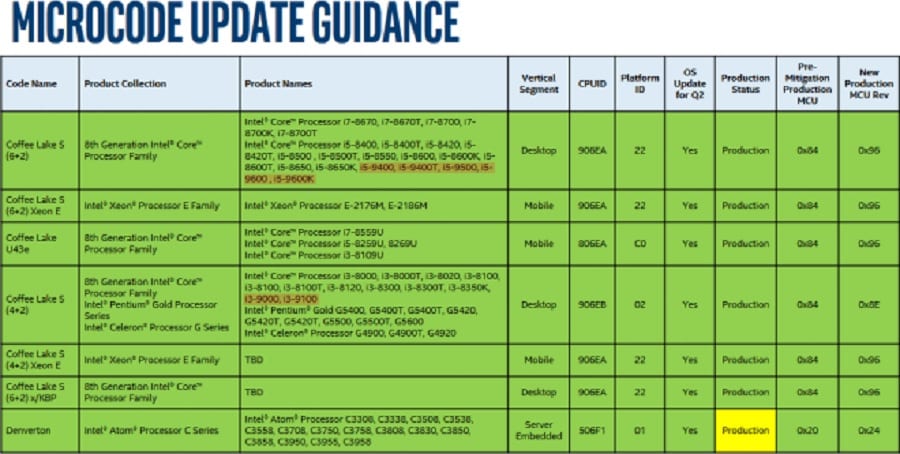