The wife of world famous Abdul Sattar Edhi, Bilquis Edhi on Wednesday claimed that different Edhi center’s present in various towns and cities of Sindh are being illegally occupied by the local influentials.

While conversing in a Karachi based press conference she requested the provincial and federal government to order the land mafia for evacuating the illegally occupied Edhi establishments.

She also appealed the Balochistan government to intervene as the Hub division Edhi center is also reported to be occupied.

Mrs. Edhi and her son Faisal Edhi suspects that the land mafia is being supported by certain political parties.

They informed that “anti-humanity elements” were destroying the Edhi properties for making shops and buildings for commercial purposes. The welfare foundation has been serving humanity since the last three decades and now they are being smashed. 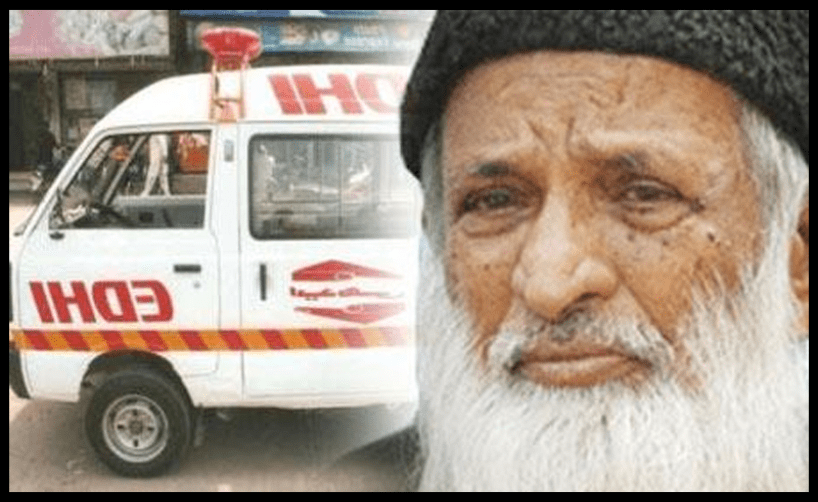 They informed that the land for all these Edhi foundations had been allotted by National Highway Authority (NHA).

NHA gave these sites to Edhi for setting up their centers in two-hundred square meter wide belts on both sides of highways.  These belts are the property of highway authority.

The latest unlawful occupation was on the Edhi center of Thatta, working ever since its establishment in 1985.

Bilqui Edhi was grieved by the occurrences and said that the authorities have not taken any action or whatsoever against the individuals targeting Edhi Foundation.

She also expressed her insecurities and issues relating Edhi ambulances and workers who are not safe and have no protection against the attacks by evil forces.