Hyundai the leading Korean automaker recently launched the all-new Santro in India. The starting price of Santro in India is 3,89,900 Indian rupees which are almost 708,489 Pakistani Rupee. Now the people are speculating whether Hyundai will launch Santro in Pakistan or not.

In India, there are 7 variants of Hyundai Santro that have been introduced. These include automatic and CNG variants. Either it has 1.1L petrol or CNG engine coupled with either manual or auto transmission that produces 69hp. There was a time when Hyundai Santro was quite famous in Pakistan like Mehran and Cuore. Now as Hyundai is entering the Pakistani market, it is expected that the company will re-introduce Santro in Pakistan. In India, the car has been launched and now it is highly anticipated that will be launched in Pakistan as well. 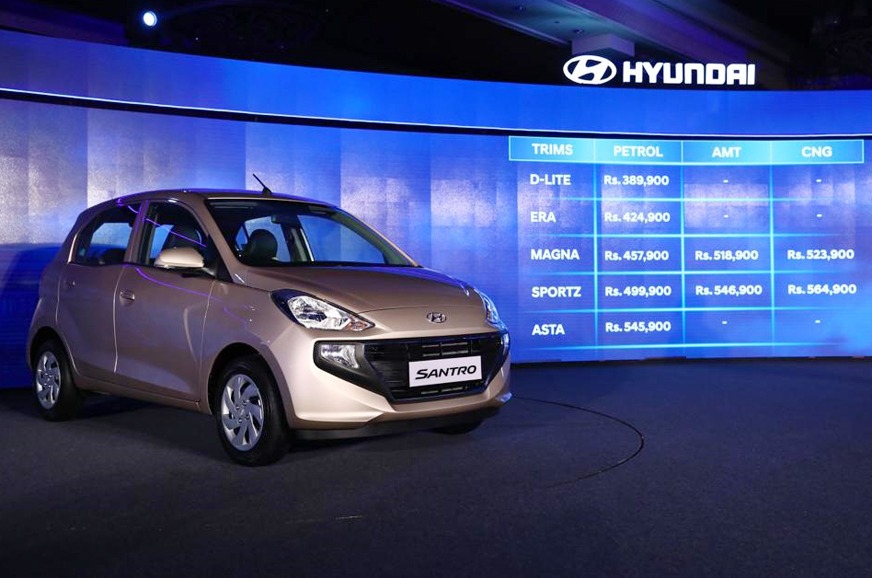 Must read: Hyundai to produce luxury trucks and buses in Pakistan

Hyundai has collaborated with Nishat Motors to enter in Pakistani market under auto policy 2016-21. Also, Hyundai has acquired land in Faisalabad for its assembly plant. The company will locally assemble and manufacture cars in Pakistan. By the first quarter of 2020, the locally assembled Hyundai cars will be introduced in Pakistan. Hyundai has not announced which imported cars it will launch in Pakistan but people are hoping that Santro is relaunched.

Shell and K-Electric May Work to Develop Electric Charging Stations

Pak-China May Start Cultivating Tea Along the CPEC Route

The Most Important Retail Trends for 2021

Privatization of SME Bank and Others to be Completed this Year

SSGC to Resume CNG Supply to Pumps from Jan 16th

New Fuel Prices to Come in Effect from Jan 16th

A large price tag and sophisticated construction attract a lot of attention to the Apple AirPods Max. Now a design detail was highlighted at a teardown that many had previously...

Apple has released a new beta for iOS 14.4 . This is already the release candidate, so that the release to all users can be expected soon. According to Apple,...

Google apparently wants to give mobile users a little variety in their web search. The search engine company is currently working on revising the design of...

It is expected that Pakistan’s ICT exports will cross $2 billion in 2021, besides impressive growth in December. Advisor on Trade and Investment Abdul Razak...

Google is making some major changes to its popular Messages app, which will leave some smartphone users unable to chat via the popular service. From March...

Famous CNN Anchor Larry King Dies At The Age Of 87

PM Directs His Cabinet to Bring Down Food Prices Before Ramadan

PM Shows His Will to Initiate a Special Package for Waziristan