Honda Vezel 2018 is launching next month on 5th February in Japan. The new model of the car will be similar to and of the same standard as compared to other Honda models like new Honda Civic and Accord. The symbol that distinguished new Honda cars from other auto cars are its thick bar that goes in a horizontal direction through the front of the bumper, right between the headlights.

Read also: Honda Accord wins car of the year award 2018

There will be minor changes in Honda Vezel 2018. In the exterior of the car, there will be a slightly larger Honda logo with a larger front grille. The car will have full-LED headlamps and the fog lamps will be larger as well. There have been some design changes done on the bumper of the car too. 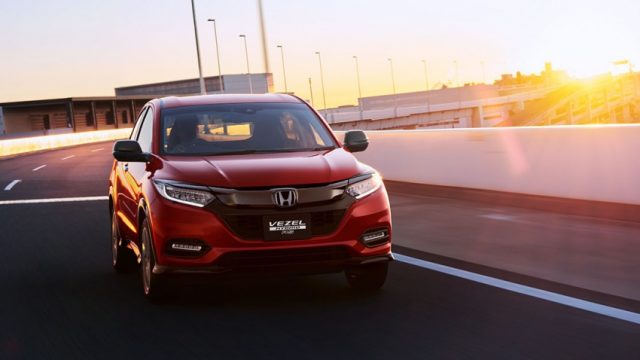 The interior of the car will have a newly updated infotainment system. It will be compatible with Apple CarPlay and Android.The car will have automatic climate control system, seat leather-trimmed, a monitoring system for tyre pressure, push start-stop button and Bluetooth connectivity.

Coming to the features of Honda Vezel facelift, it will have Honda Sensing, a compulsory feature in all Honda models. Honda Sensing is a safety feature that allows the driver to remain constantly alerted to various driving requirements that he/she might have missed. Various driver-assistive technologies are used in this feature to keep the driver focused and alert. The features part of Honda Sensing are collision mitigation braking system, road departure mitigation system, low-speed follow adaptive cruise control (ACC), and lane keeping assist.

Just like its predecessor, Honda Vezel 2018 will be a hybrid car as well. After its release in Japan, the car will be launched in other countries like India and Malaysia under the name Honda HR-V. Whether the car will be released in Pakistan or not, is yet not confirmed.

After Apple Samsung Also Plans: No More Chargers In The Galaxy Phone Boxes

Citizens hold protest in Peshawar against PUBG and Tik Tok

Sea Breeze Cools Down the Weather in Karachi

Dubai-like Modern City to be Established near Lahore

The Batman Universe to Expand with a New Police TV Series

Government to Create a Health City in Faisalabad

Vegetable Prices Increase in the Markets of Karachi