A pleasant surprise for Karachi people as rain and hailstorm hit many areas of the city on Monday.

DHA, Clifton, I. I. Chundrigar Road, Shara-e-Faisal, and Malir witnessed the first winter rain along with hailstorm. The dry hot city of Pakistan had quite an interesting night. Unexpectedly the sky covered itself in clouds and then thunder and lightning exploded in the silent atmosphere. 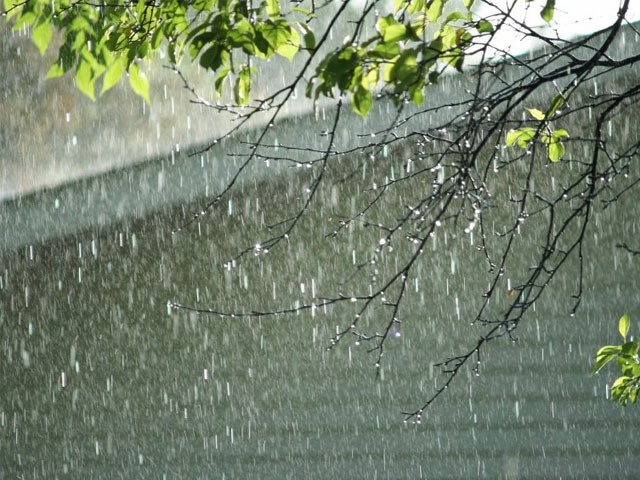 Just as the rain hit in numerous parts of Karachi, the electricity went off and power breakdowns were reported in the vicinity.

Windy weather and downpours were also seen in Kharadar, Saddar, North Nazimabad and neighboring areas. The whole environment became cold and chilly. On the flip side, those traveling on bikes had to suffer because of slippery roads.

The forecast is that more rain will hit Karachi soon as per the meteorological office. Als, the recurrent rainfall will go on for another day. The temperature in Karachi will remain cloudy ranging between 10 to 14 degrees Celsius.

Also, the Met Office confirmed that Siberian winds might hit Karachi till the afternoon and are likely to increase up to 45km/h.

We expect rains, snow and hailstorms in northern parts of Pakistan, most of Punjab, Islamabad but in Karachi rain is always welcomed as a blessing. Rainfall is very rare in the city and hailstorm is extremely unexpected. Thus the Karachiites are happy and excited with the change in weather.