Many people worry about parking their car when they go out somewhere, sometimes they prefer traveling by train or bus due to the parking issue which might be difficult in some cases.

People can use the Parking difficulty icons on Google maps for Android and iOS to find the space.

Google will tell you well before time how hard it will be to find the parking space where you are heading. You can navigate and get directions to your destination; the parking difficulty icon at the bottom of the screen would tell you the exact possibility of parking space ranging from limited to medium to easy. The suggestions Google makes is based on the historical parking data and machine learning. 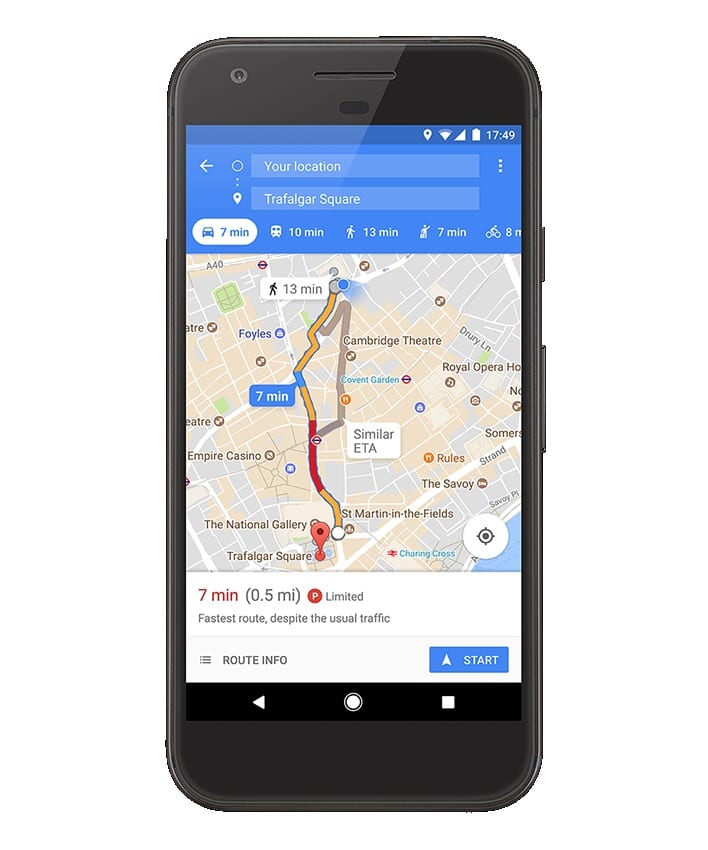 While getting directions, people can tap “find parking” to see the list of parking lots available at their destination.

Parking feature is available currently in 25 US cities and 25 outside US cities including;