Facebook has been working on cleaning your newsfeed with an additional new feature, now Facebook will bring a dedicated section of its watch tab, Facebook will pay larget media outlets for video content on their platform.

The social media giant has announced that feature development will start from the next week, it will begin with the premiere of Fox News Update on Monday, July 16.

Facebook has also added more media outlets other than Fox News including CNN’s Anderson Cooper’s show, ABC News, Mic and some others. The social network has announced that it will require more programming for its Breaking News section. It will include a weekly series from ABC stations, At what cost from Bloomberg, Profile, BuzzFeed interview show, McClatchy’s The War Within on Iraq and Afghanistan Veterans, An imperfect Union from TEGNA and Now This Morning from Now This.

The programming for developing Breaking News section will kick off next week which will include the aforementioned Fox News Update, Profile from BuzzFeed News, Univision’s Noticiero Univision Edicion Digital, CNN’s Anderson Cooper Full Circle, Mic Dispatch, Undivided ATTN:, At What Cost from Bloomberg, Quartz News and ABC stations’ More in Common. More shows are scheduled to launch later this summer. 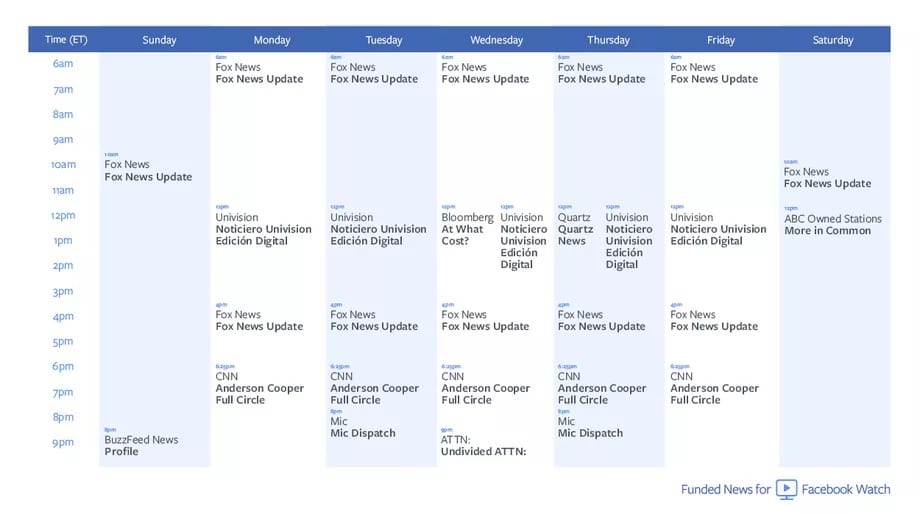