Changan is ready to launch its vehicles in Pakistan. The company is in talks with the government of Pakistan to get permission for setting up the auto plant in the country. Chinese automaker Chongqing Changan Automobile Limited has inked an agreement with Master Motors to manufacture vehicles in Pakistan

Mater Motors Pakistan was granted the Greenfield status by the Ministry of Industries and Production (MIP) under the Auto Policy 2016-21’s guidelines.

The paperwork and registration of the company is almost done and Changan has issued notices to the media. Soon an official announcement will be made by the company.

As per news reports Changan will establish an assembly plant in Karachi. In the initial stage, passenger vehicles will be introduced. The target market of Changan Automobiles will be middle and higher class.

As per a source, “MMCL is purchasing land for an assembly plant in Karachi. After the agreement, construction work will start soon.”

The official press invite sent by Changan states that the event will be held on 29th June at Pearl Continental Hotel in Dilkusha, Karachi. Changan will invest  $100 million in Pakistan’s local auto sector. 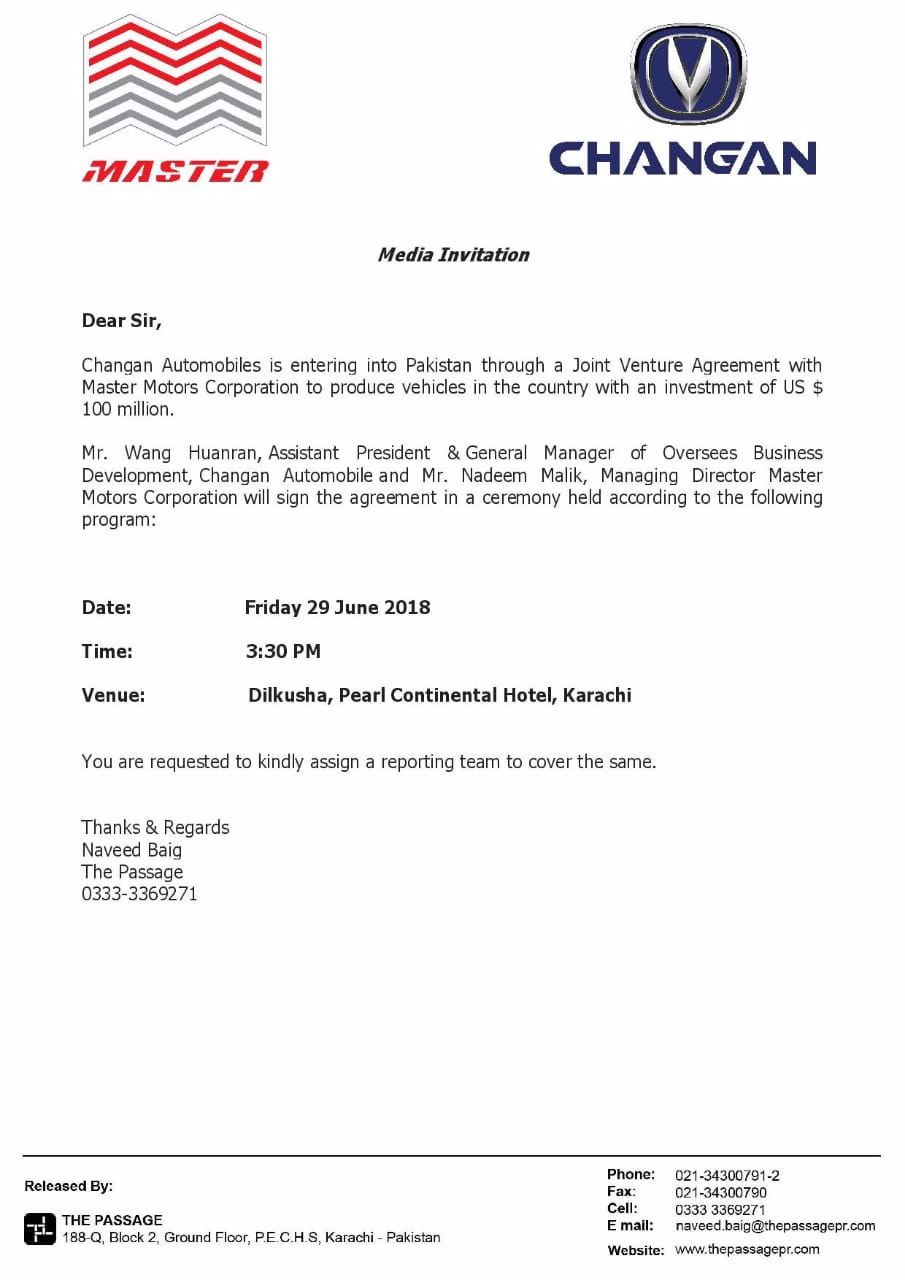 Changan is considered among the list of Big4 automakers in China. The 153 years old company dominates China’s automobile industry. The word Changan in Chinese means safety. Its yearly production is above 3 million units annually. Changan has collaborated with many known automakers including Changan Ford, Changan PSA, Changan Mazda, and Changan Suzuki. All over the world, Changan produces trucks, light commercial vehicles, and passenger cars.

Changan’s official website for Pakistani customers states, “Master Group, from the makers of Molty Foam, a renowned Pakistani brand which has been offering reliability since decades recently acquired greenfield approval from the Government of Pakistan and now has proudly formed joint Venture with Changan International Corporation which is one of China’s leading automobile brand. Together we bring to you next generation of Passenger car, SUV, MPV and light commercial vehicles to Pakistan.”