Baskin Robbins has launched itself in Pakistan by opening its first outlet in Packages Mall, Lahore. The franchise was officially launched on the 11th of October. Four months back this news broke out that the international ice cream brand is planning on opening its stores in Pakistan, the news was later officially confirmed by Baskin Robbins. Irfan Mustafa, Chairman AHG Flavors was the one to break this news.

The International chain has signed a master licensing pact with AHG Flavors Pvt. Ltd., Pakistan for setting up thirty-five branches throughout Pakistan.

The announcement about the opening of its first franchise in Packages Mall, Lahore on the 11th of October was made on the official Facebook page of Baskin Robbins Pakistan.

The opening event was well decorated with balloons and stuff. People were excited and seemed pleased with the launch.

The brand is offering a total of thirty-one flavors at the moment. All the flavors offered are their best ones. The yummiest Pralines ‘N Cream, mouth-watering Mint Chocolate Chip, Very Berry Strawberry, Jamoca, Mango Tiramisu, Chocolate Chip and Almond Fudge are some out of the 31 flavors being offered.

Baskin Robbins fulfilled their promise made earlier about providing FREE ice-cream for the entire year to the first thirty-one lucky individuals to visit their store on the launch day.

The hundred people to visit the store after the lucky thirty-firsts would be getting FREE ice-cream for the next 31 days.

Baskin Robbins is also known for its ice-cream cakes and shakes. 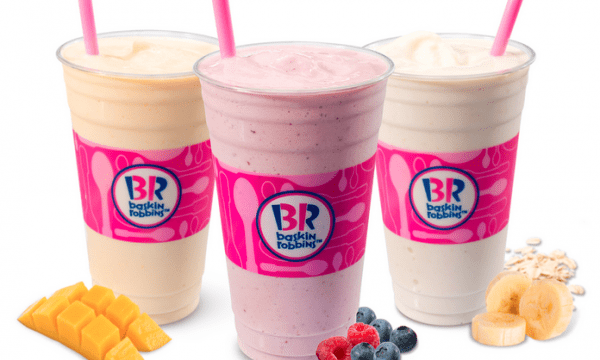 Well, if you have missed the launch event and was not lucky enough to win any FREE ice-cream still then take your time out and visit the store in the Packages Mall, Walton Road, Lahore.
If you are an ice-cream lover then mark my words you don’t want to miss experiencing this ice cream.

Also Read: Pepsi is Hiring in Pakistan: Procedure to Apply

Govt. Allows to Resume International Flights at All Airports from Aug 9

Punjab Witnesses a Rise in Coronavirus Cases After Eid

Govt. Allows to Resume International Flights at All Airports from Aug 9