Apple has recently tested a new device on Geekbench which scores 2827 points on a single core and 7156 points on multi-cores. The testing suggests that Apple is going to launch the upgraded version very soon, it could be during the last weeks of this year or early next year.

The processor Intel Core i7-8510Y was used during the tests including one processor, 2 cores and 4 threads. 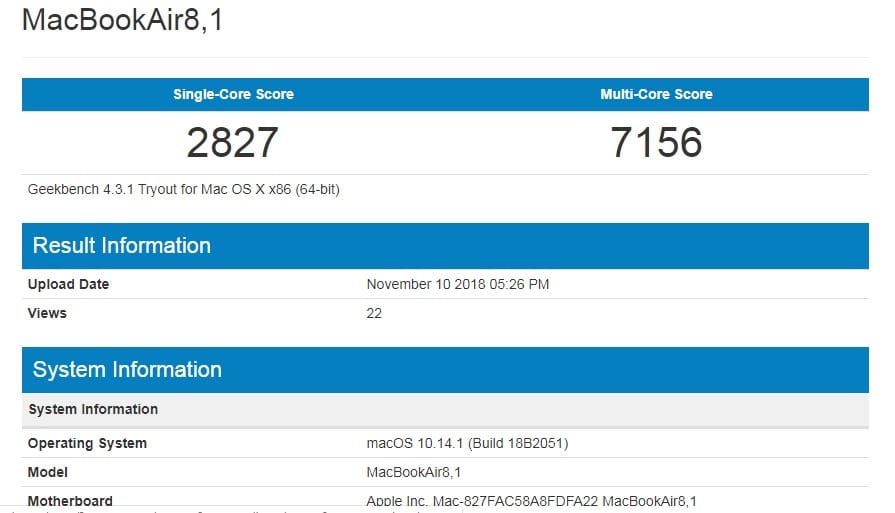 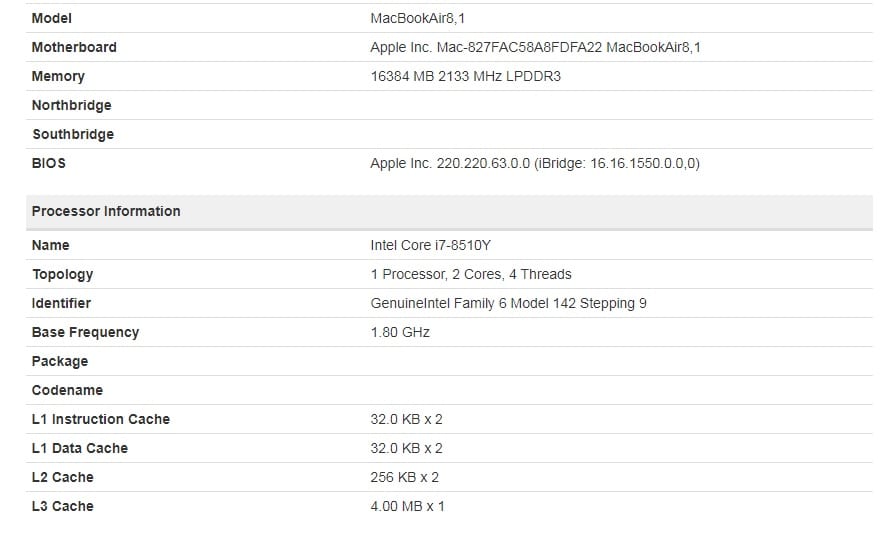