2018 Suzuki Swift recently launched in India at the Auto Expo. In Pakistan, the car has not launched yet, but we will review the car for our readers (as per the response in India) so that once it launches you can decide whether you want to buy it or not.

Reviewing Maruti Suzuki Swift 2018, well it is an absolute beauty. Suzuki has added a touch of modernity in the car with advanced features. The daytime running lights (DRL) has given a fresh look to the car. The overall headlamps of the car, the rear sports taillights are put together beautifully. Furthermore, the two-tone 15″ alloys are well finished.

It is pertinent to mention here that 3rd generation Suzuki Swift is 40 mm wider, it has 20 mm longer wheelbase, cargo space in the bot is added by 58 liters. The luggage space is increased by 28% at 268L with a 163mm ground clearance.

The car has 1.2l VTVT petrol engine that as per the claim offers 7.8% higher mileage as compared to the outgoing Swift at 22 kmpl. The 1.3-litre DDiS diesel is still in the car that has 74 bhp and 190 Nm of peak torque.

The car has an auto gear shift technology & was manufactured on 5th generation Heartect platform of Suzuki. The hatchback was made rigid & stronger and the design of the car is completely new too with albeit reminiscent of the Swift, huge grille at the front having headlamps like a bug.

Coming to the interior of the car, more space is added. Climate control system in the car is great. The design it three dial-like & the climate display is shown at the center one on the screen. The modern touch is seen while looking at the steering wheel & plastic quality of the car. 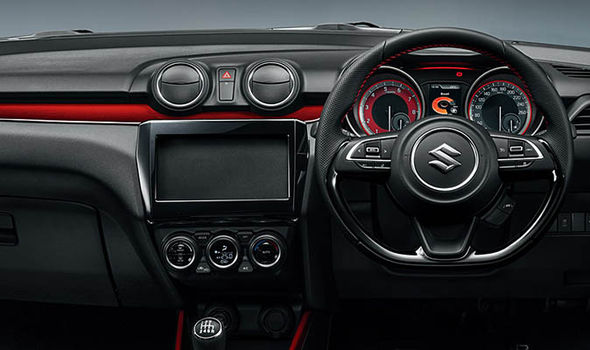 The starting price of the third generation Suzuki Sift is Rs 5lakh in India.

The back cabin is very plain. A little curvature on the backrest & bit of thigh support would have been appreciated. The seats are still not really comfortable, but at least space has been added.

In Pakistan was can expect Suzuki Swift to release by March 2018.